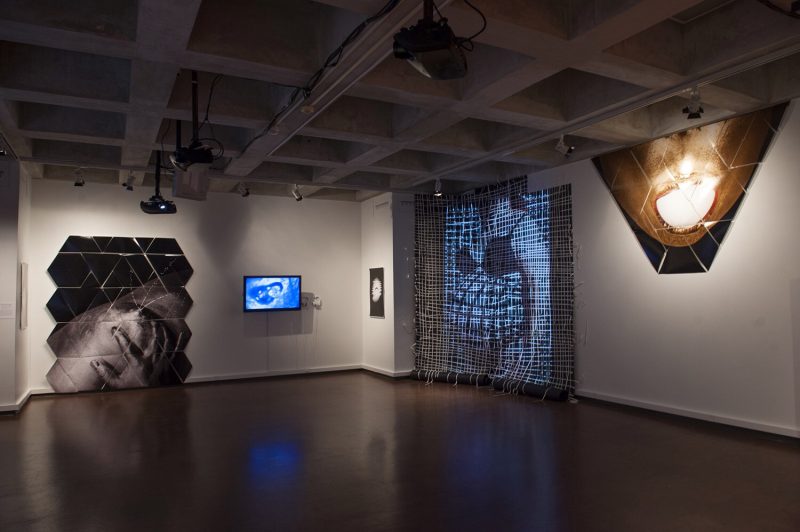 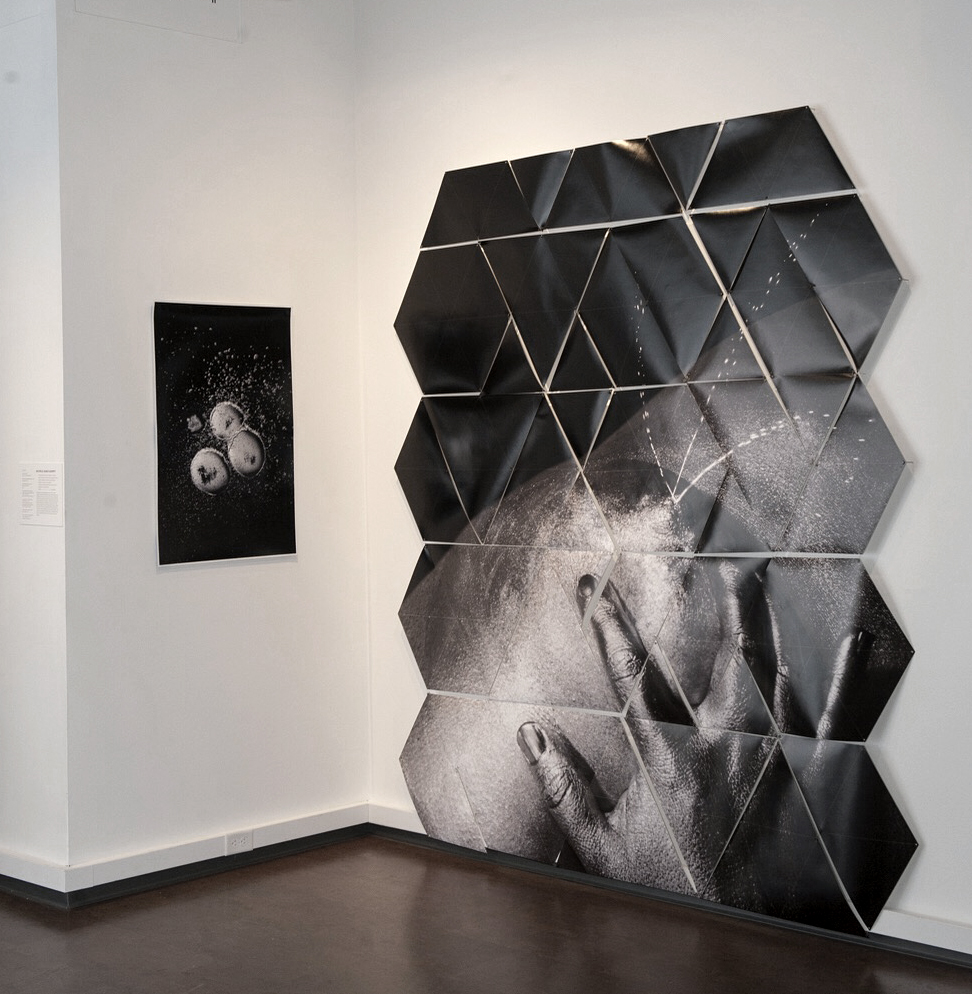 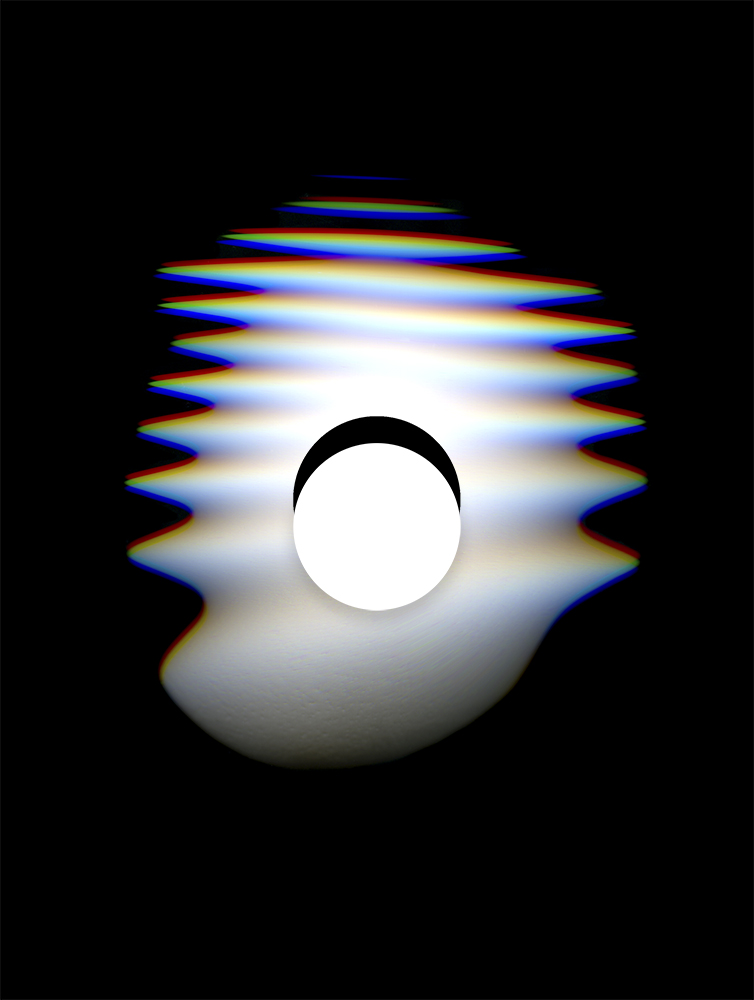 In 1972 the astronauts aboard the Apollo 17 likened the experience of looking back at the earth to seeing a blue marble hanging in the void.  The power of this vision is the awe-inspiring realization of both the complex fragility of our planet and our alienation from and connectedness to a vast, expanding universe. The artists in Bright Speck conflate the origins of life, knowledge, and the cosmos, each with uniquely textured responses. Michelle Murphy’s photographs and performances overlay the corporeal processes of pregnancy and birth with astronomical theory, drawing from her career as a photographer working for NASA and personal convictions for social reform. Desirée Holman’s long-term projects and culminating films present fantastical worlds of hybridity, where character play investigates and proposes social solutions our own world. Her culminating films, Reborn (2009), Heterotopias (2011), and Sophont (2015), present a narrative arc that builds towards an aesthetic iconography of harmonic convergence, and cosmic unity. Anna Huff’s work traces the intersections of the body, objects, and rituals by setting up improvised performances that encourage permeation of liminal space. Her primordial toddler-designed costumes and props included in Bright Speck will be activated by a performance featuring Ithaca College students on the evening of her artist talk on April 4. Utilizing critical optimism and creative inquiry, Murphy, Holman, and Huff travel between our world and the stars, catalyzing new possibilities of seeing, thinking, and wondering.